The VIII Tourism Awards of La Razón recognized MP Hotels for its massive growth with an award.

Last year was a major one for MP Hotels.

The Munich-based FTI Group owned resorts & hotels company consolidated its image and presence in the hotel market through the successful development of 3 new brands that cater to all travelers. In recognition of this work, MP Hotels was awarded the ‘Prize for the Greatest Growth in the Hospitality Sector in 2018’ by La Razón, a leading Madrid-based newspaper, which organizes the award. During yesterday’s presentation, Juan José Calvo Quiroga, MP Hotels Spain CEO confirmed that 2018 was an important year for the budding hotel group, who cited the development of new brands as an important milestone of the past year. “Among the major successes of last year, it’s worth noting the reorganization of our LABRANDA Hotels & Resorts into 5 different sub-brands, as well as the development of 3 new ones,” said Calvo. “We have done this all in an attempt to take better advantage of the diversity that currently exists across the competitive hotel market.”

As a result of this change, MP Hotels has now become a true house of brands with its flagship LABRANDA Hotels & Resorts (with its 5 different sub-brands that include select, comfort, balance, family star and city), Design Plus Hotels, Lemon & Soul Hotels, Kairaba Hotels & Resorts and, since 2019, also its Club Sei brand. The development of these distinct brands also signals the ambitious growth goals of the hotel group. Each brand is designed to harness an important and growing market segment group.

Unsurprisingly, speed was cited as one of the main reasons for why MP Hotels was bestowed this particular prestigious award. In just 4 years, MP Hotels has grown to more than 70 properties, across 11 markets. Spain is considered by MP Hotels to be an important market, as it currently around half of its hotel properties in the Canary Islands. Calvo further added that many important projects are already taking shape in 2019. “[MP Hotels] has already presented a new brand, Club Sei, a game changing club concept,” said Calvo. “MP Hotels has also begun work on its ambitious Alaçati project, which is to turn this hidden coastal gem in Turkey into a world renowned destination.”

Yesterday’s ceremony was La Razón’s 8th edition of its Tourism Awards. Several important players of the Spanish tourism market were present at the ceremony. Tourism is widely considered to be the most important industry in Spain. According to the United Nations World Tourism Organization, Spain is the second most visited country in the world. Government agencies have also estimated that tourism accounts for about 14.6 percent of the Spanish economy. MP Hotels is already a major hotel operator and employer within the Canary Islands. However, with its ambitious aims it hopes to further contribute to the islands economic growth over the years, as well as that of Spain as a whole. 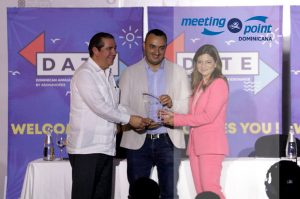 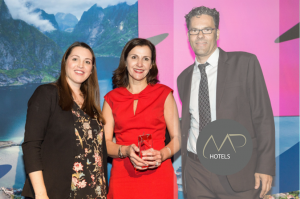 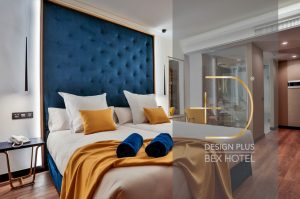 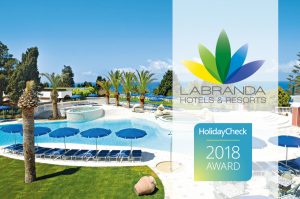